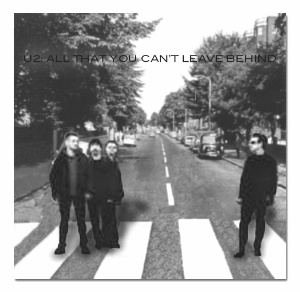 The third cover tossed in the rubbish bin was ultimately deemed “somehow too familiar”. It was a concept destined never to go to print. Despite repeated begging by Corbijn, Bono refused to remove his Gucci loafers. Adam’s inability to keep in time meant Edge and Larry bumped into him. The shot chosen for the (now cast-off) cover records take #432.