Sure, we’ve been silent for three days, but it took us that long to get something this good. For a very limited time (bandwidth’s a killer): a one-minute MP3 clip of “Stay (Faraway, So Close!)” (mirror 1 / mirror 2), conducted and arranged by Craig Armstrong with newly-recorded vocals by Bono. The track features on Armstrong’s new album AS IF TO NOTHING, which will be released in the US and UK in early March. 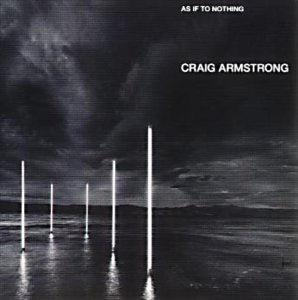 The album also features collaborations with Evan Dando, Mogwai, Photek, King Crimson, David McAlmont, Anyte Greie-Fuchs, Wendy Stubbs, and Steven Lindsay, and this U2log.com reporter (who’s been listening to it all afternoon) endorses it highly. Armstrong, you may or may not remember, is the composer of the scores for the films PLUNKETT & MACLEANE, WILLIAM SHAKESPEARE’S ROMEO + JULIET, and MOULIN ROUGE. (By the way, if you’re interested in, and capable of, mirroring this file, please speak up in the comments section — and hey, big thanks to Kovax for doing just that. )

[ update: U2star.com and ZooItalia are hosting the full song… which is cool. Don’t forget to buy the album ($ USA/UK), though!)