One of U2log.com’s editors spoke to The Edge and Bono outside U2’s studio in Dublin today. Asked how recording was going The Edge answered the band has ‘so many new tunes’ a new record could be made out of it. 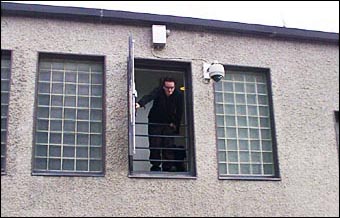 The Edge continued stating they ‘just didn’t have the time’ for that, because ‘the record company wants a record for Christmas (probably the single release), they’re doing the Greatest Hits with two new songs, and (and he seemed most excited about this) they are remixing the Pop album.

Bono added that the band is pressed for time and close to missing deadlines. 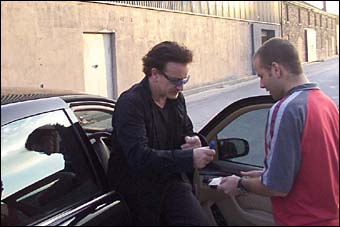 88 thoughts on “Word from The Edge”