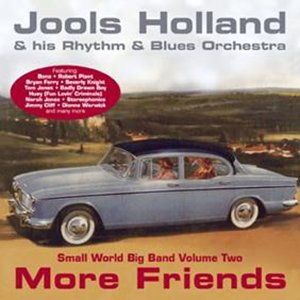 U2wanderer.org has details on an upcoming release called
“More Friends Small World Big Band Volume 2” by Jools Holland (and his Rhythm and Blues Orchestra), former member of Squeeze and presenter of the BBC’s fab music show “Later with Jools“. First song on the tracklisting is one of U2’s sexiest tunes, “If you wear that velvet dress” featuring Bono. The album will be out November 18th in the U.K. and worldwide in the new year. Pre-order at Amazon.co.uk.

32 thoughts on “If You Change That Velvet Dress”