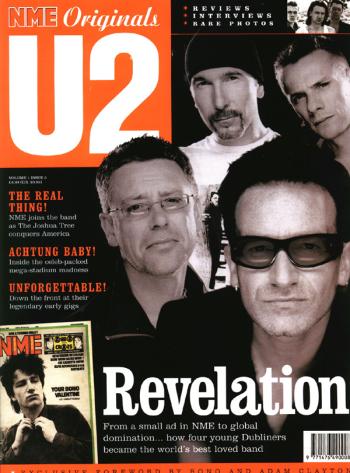 The NME hasn’t always been U2’s staunchest supporter, but they’re not above making a quick buck out of those bloody succesful paddies. This week they’ve released a U2 special in their series of “NME Originals”, containing all the magazine’s U2 features since 1979. It’s retailing at