Tasha Hindman was among the fans who were lucky enough to run into Bono and The Edge before they left for the Golden Globe Awards last Sunday. Tasha shared her photos and the details of the encounter with U2log.com.

Outside a Los Angeles hotel, a jovial Bono greeted Tasha and a group of U2 fans before leaving for the awards ceremony.

“Now tell me, don’t I look posh?” he asked them with a devilish grin. 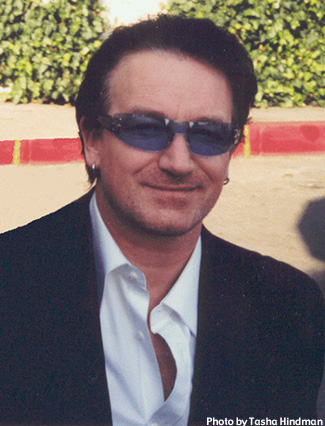 Always giving of his time, Bono signed autographs and took photos with the fans, speaking briefly with each person. 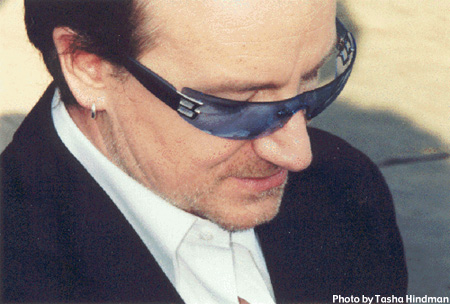 A patient Paul McGuinness waited for Bono to finish with the fans, while David Guyer (Larry Mullen’s security) watched carefully over him. After Bono said his farewells to the fans, he and McGuinness left together.

As they exited the hotel, The Edge and his wife Morleigh did not stop to chat with the fans; however, once they were in their town car, Morleigh lowered the window and waved, and then Edge leaned over her to wave out the window and smile.