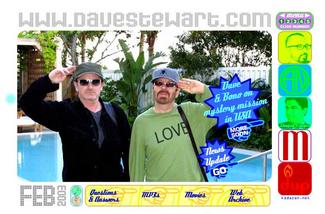 The concert was originally planned for February 2. It would have been held on Robben Island, where Mandela was held captive. Bono, Bruce Springsteen and a host of other artists were booked for the night.

Check out Dave Stewart’s site for pictures and a video of him on stage with Springsteen and Bono in Miami. (link via U2achtung.com)