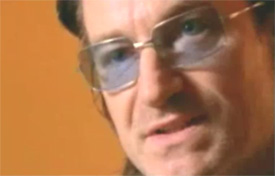 “The war on AIDS can be won, and we, the people, can be the ones who win it,” writes Robert Bilheimer, director and producer of the film “A Closer Walk,” at the film’s official web site (www.acloserwalk.org), which launched today. The film documents the wide variety of people affected by the AIDS tragedy throughout the world, offering portraits of the sick and dying, and of the people who care for them. The film includes interviews with the Dalai Lama, UN Secretary General Kofi Annan, and Bono.

You may view a trailer and request a copy of the film at the web site.

14 thoughts on “A Closer Walk”