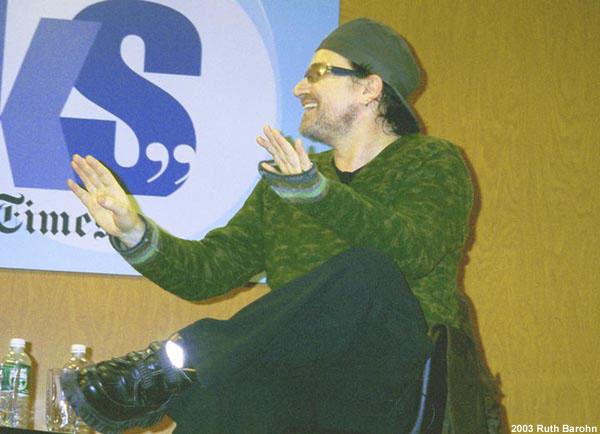 Bono appeared at City University in New York on Sunday afternoon for TimesTalks, an event sponsored by the New York Times that brought “celebrated talents” to the Big Apple for “compelling conversations.”

Bono offered an intimate, compelling conversation to an audience of approximately 400 people. U2log.com sent Ruth Barohn to photograph and report on the event. Because Ruth has a St. Paddy’s Day assignment, U2log.com will publish her full report and additional photos tomorrow. In the meantime, we offer a few of Ruth’s photos from the TimesTalks event. 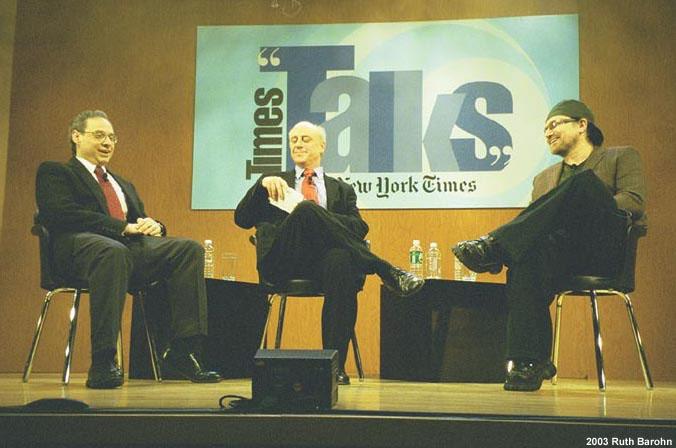 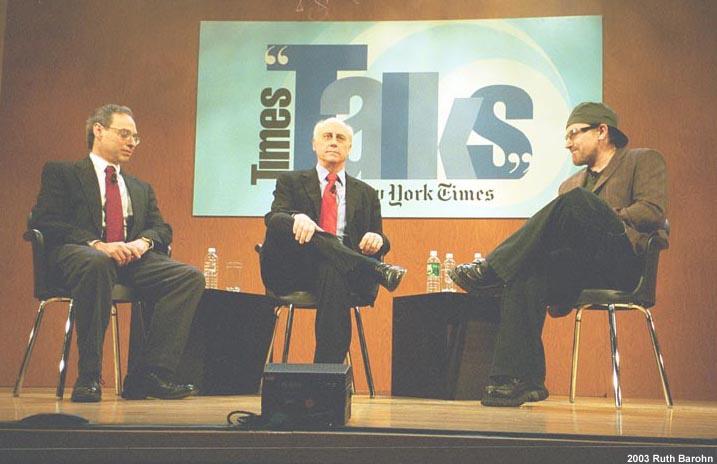 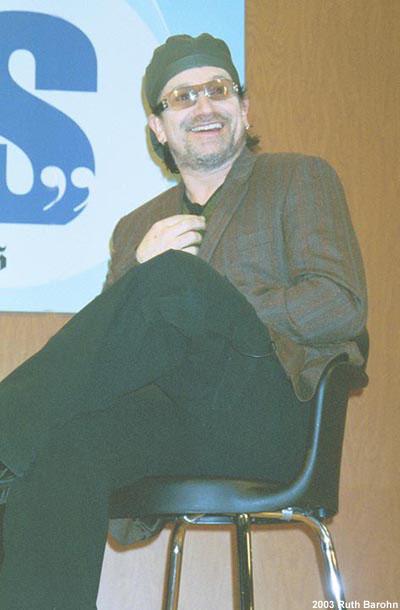