Described as “A modern take on the classic Prokofiev children’s tale”, Peter & The Wolf was adapted for the Friday-Seezer ensemble by Gavin Friday and Maurice Seezer. Using instruments such as the accordion, the banjo and the mandolin, Gavin and Maurice have produced a clever and humorous take on the much-loved original. The enhanced CD is presented with a 64-page cloth-bound book illustrated by U2’s Bono, with help from his daughters Jordan and Eve. 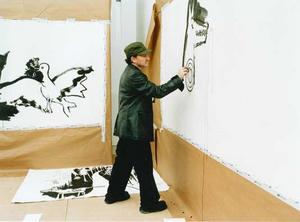 Peter and the Wolf is an original composition, not a book set to music. The Russian composer Prokoviev wrote the story of Peter and the Wolf when in 1935 he was asked to compose a work for The Moscow Theatre for Children.

Gavin Friday first performed the piece with the RIAM orchestra in November 2000. Gavin Friday and the Irish Hospice Foundation developed an idea to rework the old classic in order to raise funds to aid hospice care both at home and abroad. The Friday-Seezer Ensemble recorded the music for the Irish Hospice Foundation in May 2002, after which Bono was asked to illustrate the accompanying book.

Read on for more info and pictures. 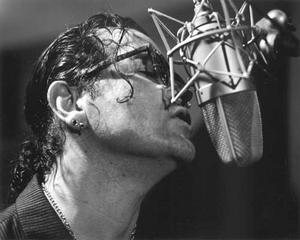 Gavin and Maurice have recorded three studio albums together and have also contributed to and written score for a number of film soundtracks including In the Name of the Father, The Boxer, Romeo & Juliet, Moulin Rouge and ‘In America’ the new Jim Sheridan film for Fox Searchlight pictures. 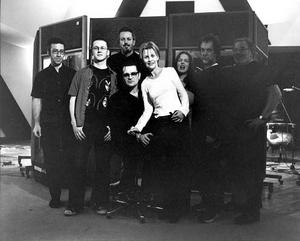 A not-for-profit organisation, The Irish Hospice Foundation promotes the hospice philosophy and supports the development of hospice and palliative care for the seriously ill.

The Foundation has previously produced two other very successful fundraising items in Ireland: Art Pack – a pack of playing cards designed by 54 Irish artists, and The Whoseday Book, a diary featuring the work of 366 artists, writers and personalities. Together, the two projects have raised in excess of € 4 million. 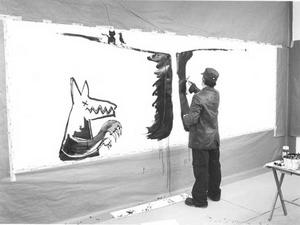 The Peter & The Wolf book/CD is the first Irish Hospice Foundation project to be published outside Ireland. The 16 original illustrations by U2’s Bono and his two daughters Jordan and Eve will form a touring exhibition to coincide with the book’s publication. The exhibition dates are: 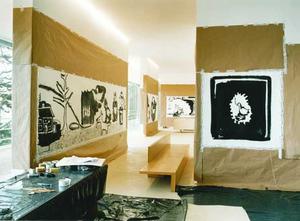 The original artworks will be auctioned by Christies, New York, on 20-21 November 2003. All funds raised from the project will be administered by the Irish Hospice Foundation to aid hospice care in Ireland and internationally. 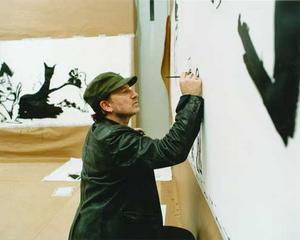