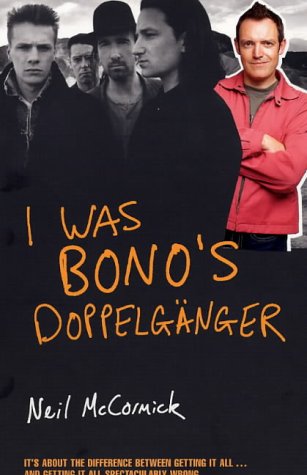 Journalist Neil McCormick reports on the first full playback of the new U2 album in today’s Telegraph. (reg.req)

He writes: “It is a big album, full of big ideas, delivered with beginner’s energy and veteran’s craft.”

McCormick, whose brother was present at that infamous first meeting after Larry Mullen put a ‘wanted’ ad on the school bulletin board, has written his memoirs of growing up in the shadow of this old friend Bono.

It’s available for pre-order from an Amazon.com (or UK) outlet (or other booksellers) near you.

If you’re looking for more things to read, why not go over to the Dallas Schoo fansite. Dallas has just completed an interview with his fanclub.

Words not your thing? There’s video and still images of the band meeting fans outside their studio on the ‘Station vs U2’ website.