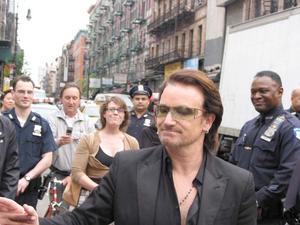 U2 were in New York City’s lower east side Thursday afternoon at a small club called The Slipper Room to film a video for “Tower of Song” with its songwriter, Leonard Cohen. The legendary poet/songwriter from Montreal arrived fashionably late to the video shoot with Larry Mullen and Paul McGuinness. The footage will be included in a documentary on Cohen, directed by Lian Lunson.

U2 have been rehearsing “Tower of Song” while they have been touring. Earlier this week, fans overheard the band perform the song during their soundcheck in Philadelphia. 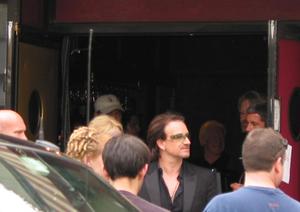 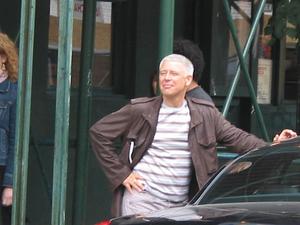 U2 visited with fans after they wrapped shooting on the video. 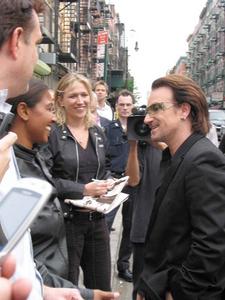 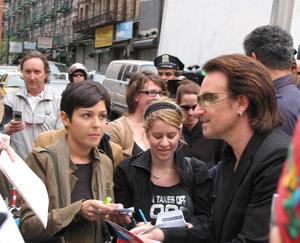 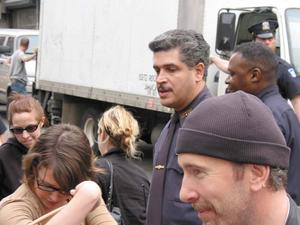 Photos by Tim Nafus for U2log.com.

Thanks to Caryn for the neighborhood tip!

24 thoughts on “U2 film video with Leonard Cohen”