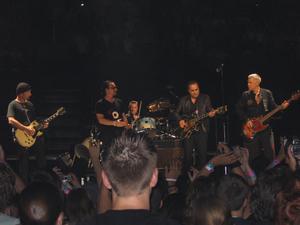 Toronto 3. Wacky wildness ensues. And more people on stage than you can imagine. Daniel Lanois, a film crew, and a local Toronto band all join U2 on stage for their third show at the Air Canada Centre.

Lanois joins U2 to perform “One,” a film crew tapes the band as they perform “All Because of You” and “Fast Cars” (for television, according to Bono), and a local band perform “Out of Control,” with U2 taking over halfway through the song. 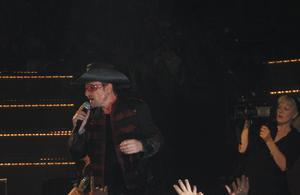 The highlight of the show is a phonecall to BB King to wish him happy birthday. (Too bad the speaker phone didn’t work.) Bono gets the audience to sing “Happy Birthday” to King for his 80th birthday. 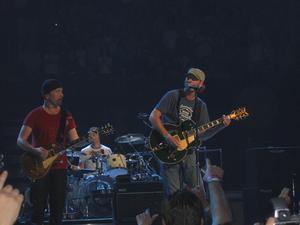