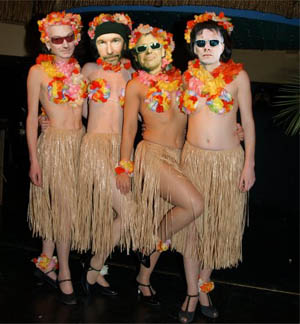 For those that missed the latest news we’d just like to point out U2.com has announced a third Sydney concert has been added on November 13.

MONDAY NOVEMBER 13 – TELSTRA STADIUM
TICKETS FOR THE 3RD SHOW ON SALE FRIDAY AUGUST 11 AT 9.00AM!
Tickets will be available through Ticketek outlets or by phone on 132 849 or on line at: www.ticketek.com.au. There will be a 4 ticket limit per person.

Thursday, August 3rd, 2006 – SYDNEY: Box office records were broken across the country when U2 tickets went on sale last December, with the 150,000 tickets available for the band’s 2 shows at Sydney Telstra Stadium selling out in less than one hour.

Following the rescheduling of the original tour dates U2 are now saying “thank you” to their Sydney fans with the announcement of a 3rd and final show for those who missed out on tickets for their first two shows.

The new concert date is:
Monday 13 November – Telstra Stadium, Sydney
Tickets for the 3rd show on sale Fri 11 Aug, 9am

Speaking of ticket sales… U2.com also tells us more tickets for the Honolulu concert will be made available by Ticketmaster on August 5. This might explain why Ticketmaster had been showing two entries for Honolulu earlier this week.

6 thoughts on “Too much is not enough”