(Looks like he can’t get over B’s slippers.)
Larry Mullen’s not so junior anymore. Happy 49th birthday, drummer boy.

Ten years ago, you hadn’t heard of blogging. It was before weblogs were even called blogs, before permalinks and Adsense, before people who have never run a community started calling themselves ‘social media experts’.
Maybe you weren’t even online back then. But we were and we were blogging. U2 were in the studio recording ‘All that you can’t leave behind’. They’d set up a webcam sending out pictures every few minutes. They’d built in a delay, because god forbid we’d see anything untoward. We were a small group of fans from Holland, Australia, USA and Sweden who had first met each other on IRC and then met up ‘in real life’ on the road during the Popmart tour in 1997. We were online 24/7, grabbing pics from the webcam and archiving them. We’d done the same during ‘Pop’. Back then occasionally there’d be some kind of response from the studio on our comments. Little messages posted on cardboard cutouts. It’s too long ago to remember the details. But it was fun. It could have been the start of a beautiful band-fan relationshop online. But U2 never really did take to the internet like we – early adopters – hoped they would.
U2log.com was one of the first ever blogs, one of the first ever single subject blogs, one of the first ever team blogs. (Hi team! How are you all these days?) I’m proud of that. Ahead of the curve means you’ll suffer the dialectics of progress at some point. We did satire, we did proper reporting, we tried to filter fact from fiction, we strived to be anti-agenda, independent, secular, different. We loved Pop*.
We are past our prime, I’ll be the first to admit. I’ve been running this site mostly on my own these past couple of years. I’m always on the verge of kicking it in the head. I’m not the fan I used to be and there are many reasons I shouldn’t be doing this: Other sites are doing it so much better. I know too much, I know too little. I have other interests I should focus on. Still, I can’t let it go. Yet.
U2log.com is ten years old today. There’s a tour about to start. One more for the road.
Caroline van Oosten de Boer
Amsterdam, The Netherlands
* And screw the lads for being so insecure about that album. *grin* 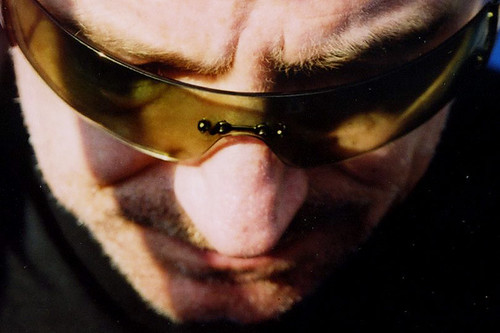 We don’t do birthday posts here too often, but we can’t let this one slip by unmarked. Bono turns 50 today. Fifty!
So, to our fearless leader, tireless activist, saviour of whales, honorary Frisbeetarian, keeper of the key to Dublin City, Knight Commander of the British Empire (ssssh!), don’t worry he’ll get that Nobel prize eventually, formerly Vox of O’Connell Street, the best singer in U2 (allegedly), one-third of the Funky Trinity, violater of indecency standards, the Pope of Lypton Village, 5’7”-ish creeper wearing hunk of Northside goodness: the Man that B…. Happy Birthday, Bono. Old souls stay young at heart.

Happy birthday, Bono. To quote Leonard Cohen: ‘Just a crazy kid with a dream’. The countdown to 50 begins here and now.