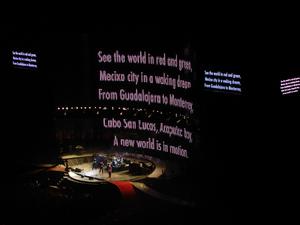 END_OF_DOCUMENT_TOKEN_TO_BE_REPLACED

Boom. Cha. While we await full reports from our troops on the ground, we’re going to tease you with this short and simple statement: They played Discotheque!

Set: City of Blinding Lights / Vertigo / Elevation / Electric Co. / The Ocean / Beautiful Day / Miracle Drug / Sometimes You Can’t Make It On Your Own / Love and Peace or Else / Sunday Bloody Sunday / Bullet the Blue Sky / Miss Sarajevo / Pride / Where the Streets Have No Name / One / Discotheque / The Fly / With or Without You / All Because of You / Fast Cars / Yahweh / 40

Daniel Lanois plays guitar on One, Eddie Vedder joins them near the end for a few bars of Ol’ man river. The ‘Pop Muzik’ intro starts the encore and the screen shows PopMart imagery. 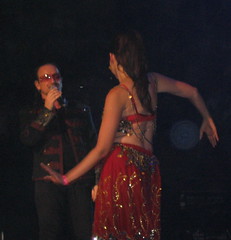 The belly dancer makes a return in Toronto as does Daniel Lanois’ joining in on ‘Bad’ – not sure what the connection is there. The ‘new’ songs (Fast Cars, In a Little While) that were played at the first Toronto concert are dropped and it looks like a return to the standard Vertigo setlist.

Will U2 be in an experimental mood for the 3rd concert – or wait until the 4th show to relax and let loose? 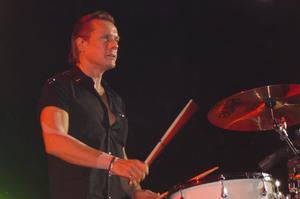