There was something familiar about the sleeve of U2’s new album (Not a picture of any sea or ocean, but actually Lake Constance (Bodensee) as seen from Uttwil, in Switzerland, taken in 1993.) A few Google searches later, I realised that the photographer, Hiroshi Sugimoto, also took a photo of Tadao Ando’s Church of Light:

And it so happens that Bono visited that church, when he was in Osaka, Japan with Guggi and Gavin Friday back in 2006:

And here’s a picture of Bono and Tadao Ando together when the architect came to visit Dublin.

So there you have it. A fun little insight into how U2’s choice for their new sleeve may have come about. 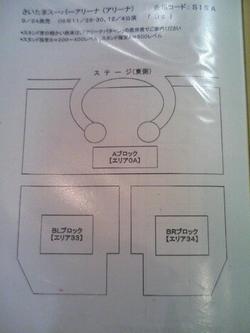