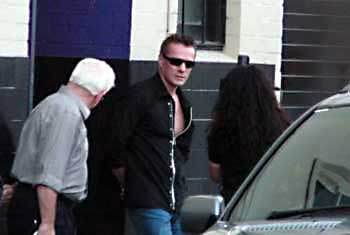 Kanye ‘where I’m from the dope boys is the rock stars’ West, who is supporting U2 on their final four shows of the current leg of the tour, will be joining the lads live in New Zealand and Australia as well. So sayeth U2.com.

Hot Press’s Peter Murphy reviews How to disable an atomic bomb in this weeks’ Hot Press, the leading Irish music magazine. The article is available online for subscribers and gives the album 8.5 out of 10:

“But when early reports telegraphed this as Edge’s record, they were obviously referring to his choirboy melodic instincts as much as an addiction to noise. Atomic Bomb is positively Spector-esque in its ambition, although curiously enough, it’s not a showy record, the playing being mostly subservient to the songs.”