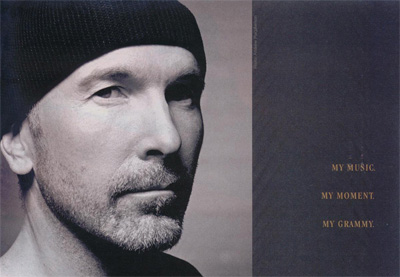 U2 received a whopping five Grammy nominations from the Recording Academy today in the following categories:

Friend and producer Steve Lillywhite also was nominated in the category of Producer of the Year, Non-Classical, for his work on How to Dismantle an Atomic Bomb.

The 48th Annual Grammy Awards will be held on February 8, at the Staples Center in Los Angeles.