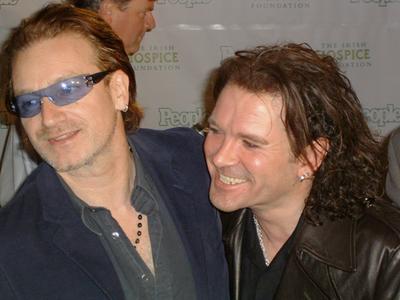 END_OF_DOCUMENT_TOKEN_TO_BE_REPLACED

“Some time after the Zoo TV tour, the book U2 Live: A Concert Documentary dropped into my lap and left me speechless. Being something of an archivist myself I was deeply impressed by such a comprehensive history of U2’s live career — especially as this was long before the internet made this kind of data collection much more feasible.

The book instantly became U2’s final authority on all things regarding touring history. On tour, I carry a copy in my work box and there’s always one on the band’s aeroplane, largely for solving arguments over important issues like exactly when we first played in Detroit, or the name of that club in Burton-on-Trent where Bono first went body surfing. It would also make us laugh too, like a family photo album, with its occasional painfully frank reports about certain events or performances.”

–Willie Williams in the foreword of U2 Live: A Concert Documentary

The third edition of U2 Live: A Concert Documentary, the definitive U2 reference book, is now available from Omnibus Press. The book includes information, anecdotes, and facts from virtually every single U2 show, from 1976 to 2003, including spontaneous performances with local bands, impromptu sessions with fans and friends, and acoustic jams during radio and television interviews. Filled with more than 500 photographs and insightful commentary, the book has been produced by U2 fans and is specifically designed to revive memories for anyone who has ever experienced a U2 performance.

The author of the new edition, Caroline van Oosten de Boer, talks with U2log.com’s Cindy Trickel about the book.